Therese Adam sees no real distinction between work and leisure: “In my life, those boundaries have always been fluid.” The retired diplomat spent almost three decades heading up Swiss missions abroad in over 40 countries, including posts as Assistant Director General of the Swiss Agency for Development and Cooperation (SDC) – part of the Federal Department of Foreign Affairs (FDFA) – as well as Swiss Ambassador to Mozambique. Her work included countless negotiations with international organisations and rival factions.

She found respite from these challenging assignments by embracing the opportunities that work threw in her way. On business trips to Africa, Central Asia or Russia, for example, she discovered new musical styles at concerts and visited art exhibitions. Meeting people from many different cultures allowed her to explore the most diverse topics of conversation, which helped her build extraordinary reserves of positive energy. “That’s how I enjoy spending my free time!” says Adam.

Now 69 and retired, her path to a diplomatic career was anything but straight. After passing her Matura, she decided to study agricultural sciences at ETH. “I wanted a profession that would pave the way for me to go abroad,” she says. With its broad-​based subject matter, the programme seemed to provide the perfect preparation for travel. It also combined her two key interests of natural science and social issues.

These are two subjects that have captivated her ever since she was a child. Growing up in her parents’ house in Solothurn, she set up a small chemistry lab in the garage. She and her father shared a passion for fossils, which they would collect on hikes through the Jura Mountains. Even greater perhaps was her fascination with foreign countries and cultures: by the age of 12, she was devouring every book she could find on the subject. “Reading also taught me early on how much poverty and injustice there is in the world,” says Adam. She felt an affinity for historical figures who stood up for justice, such as John F. Kennedy and Martin Luther King battling against racial discrimination in the USA, or the representatives of liberation theology in South America fighting for the rights of the poor.

This inspired her to join the Commission for Development Issues (KfE), which was run by VSETH, the Association of Students at ETH Zurich. After graduating in Agricultural Engineering, she took an advanced studies programme at NADEL, the Center for Development and Cooperation at ETH. Adam soon succeeded in putting her plan of working abroad into action: in 1980, she and her partner – an electrical engineer and fellow ETH alumnus – headed to Mozambique, where they stayed for four years. They then moved to Madagascar for a further three years. In both countries, she worked with local experts as an agricultural advisor to the Ministry of Agriculture.

Although she found the work rewarding, she began to wonder if she could make more of a difference elsewhere. In Mozambique, she saw first-​hand how much destruction the civil war had caused, including to the country’s agriculture. “That’s when I realised you can’t have development without peace,” she says. Determined to do more to foster peace and democracy, she applied to work at the SDC. She spent her first four years there acting as scientific expert to the West Africa Division. In 1991, she was appointed as the FDFA’s Country Director of Cooperation to the Republic of Niger. “It was a wonderful opportunity for me,” says Adam, who was the first woman to hold the post.

Stationed with a small team in the capital, Niamey, in the south of the country, she was responsible for coordinating development cooperation, providing consular services and ensuring the security of Swiss nationals in Niger. This latter task was particularly challenging because Tuareg rebels were destabilising the north of the country, so people constantly had to be brought to safety. Adam received threatening letters: a dangerous sign that was not to be taken lightly, especially since her counterpart in Mali had been murdered by Tuareg rebels the year before. Did she ever feel afraid? Adam hesitates briefly, then says, “More for others than for myself.”

Her dispassionate answer is very much in keeping with her role as a conflict mediator – a role she played on many occasions during her subsequent career. Adam says the most important qualities of a good mediator are “being a good listener and not imposing your views”. Her first post after returning from Niger was as head of the SDC’s Natural Resources and Global Environment Division in Bern, where her responsibilities included representing Switzerland in multilateral negotiations on UN environmental conventions. She subsequently became Assistant Director General of the SDC and headed up the Department of Cooperation with Eastern Europe from 2001 to 2010. Her first years in the post confronted her with the legacy of the recently fought Balkan wars, including burnt-​out houses, landmines and displaced persons.

Grateful to be involved

Her responsibilities included supporting the reintegration of refugees, establishing democratic structures and mediating between rival factions. She marvelled at the example of Kosovo, which evolved from a war-​torn country into an independent state within just a few years. “That’s something I’m truly grateful to have witnessed,” says Adam. She was equally impressed by the democratic and economic developments she observed and helped promote in the post-​Soviet states, as well as in the countries that joined the EU in 2004. She still regards the period she spent as the Head of the Department of Cooperation with Eastern Europe as the most important of her career.

Her desire to support the processes of peace and democracy was also close to her heart as Swiss Ambassador to Mozambique from 2010 to 2014. The civil war, long since over, had given way to a precarious peace. But the run-​up to elections in 2013 saw a resurgence of old conflicts between the government and the opposition. As a representative of neutral Switzerland, Adam advised local mediators working with the warring factions – a task that requires extraordinary sensitivity. “The responsibility is huge, but you can make a real difference,” she says. The negotiations eventually led to a ceasefire that enabled elections to be held.

Second career as a lecturer

Adam has always been a strong advocate of female empowerment. In Mozambique, she worked with ambassadors from other countries to form the “Lady Ambassadors” network, which also reached out to local female politicians to discuss gender issues. As Assistant Director General of the SDC, she also ensured that job sharing was a realistic option even in management positions. Since her retirement, she has focused her energies on fostering young talent. She teaches global governance and diplomacy at several universities, including ETH, and it gives her great pleasure to share her wealth of experience. She also supports, via the ETH Foundation, ETH’s Excellence Scholarships, which enable outstanding Master’s students from Switzerland and around the world to study at ETH. She welcomes the programme’s emphasis on gender balance. “I think it’s vital that men and women receive the same opportunities,” she says.

This portrait was published in the Globe Magazine of ETH Zurich in March 2021.

“Conflicts like this don’t just suddenly come to an end. Achieving real peace requires so much more work.” 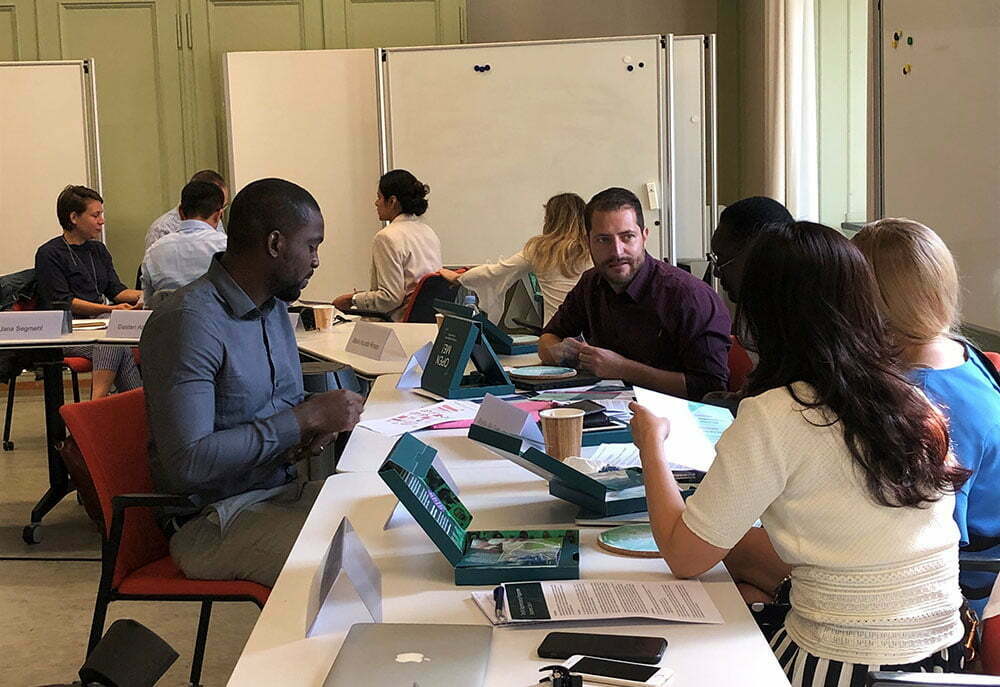 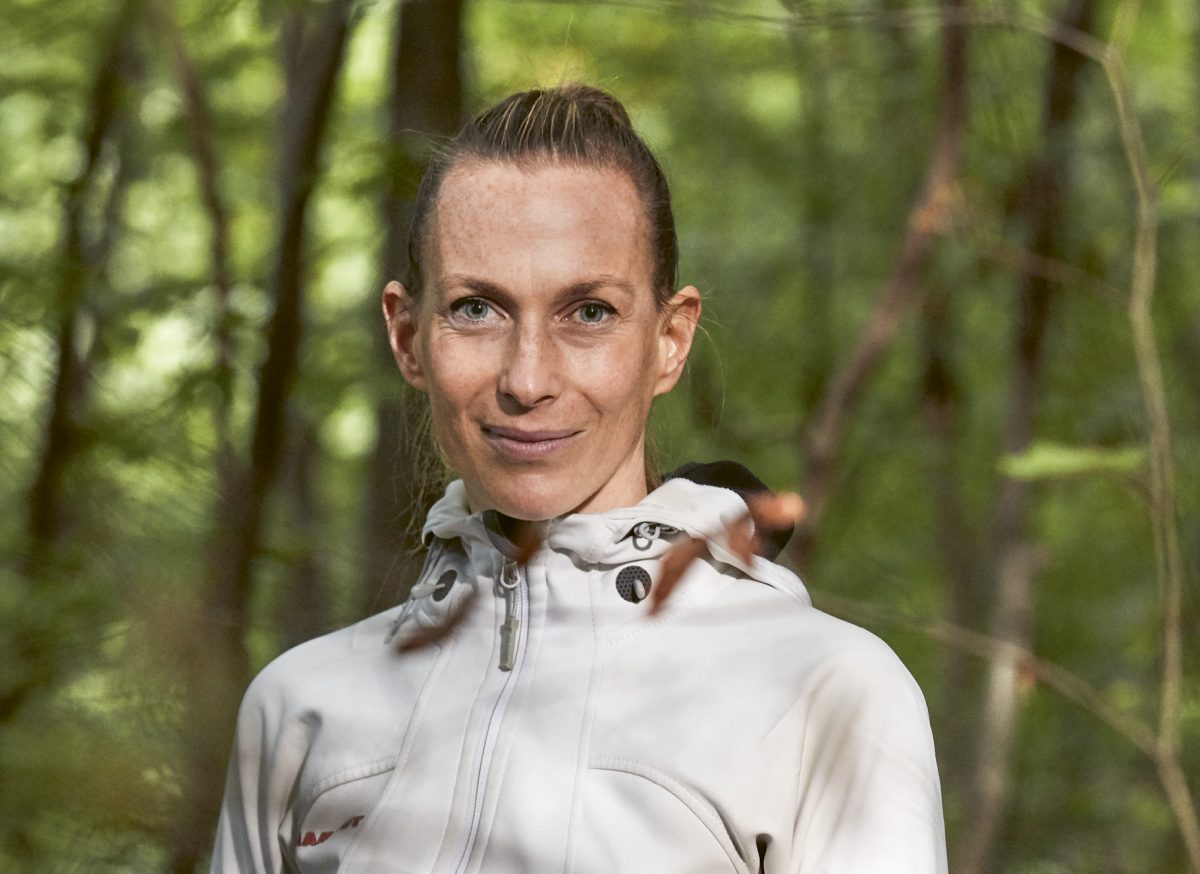 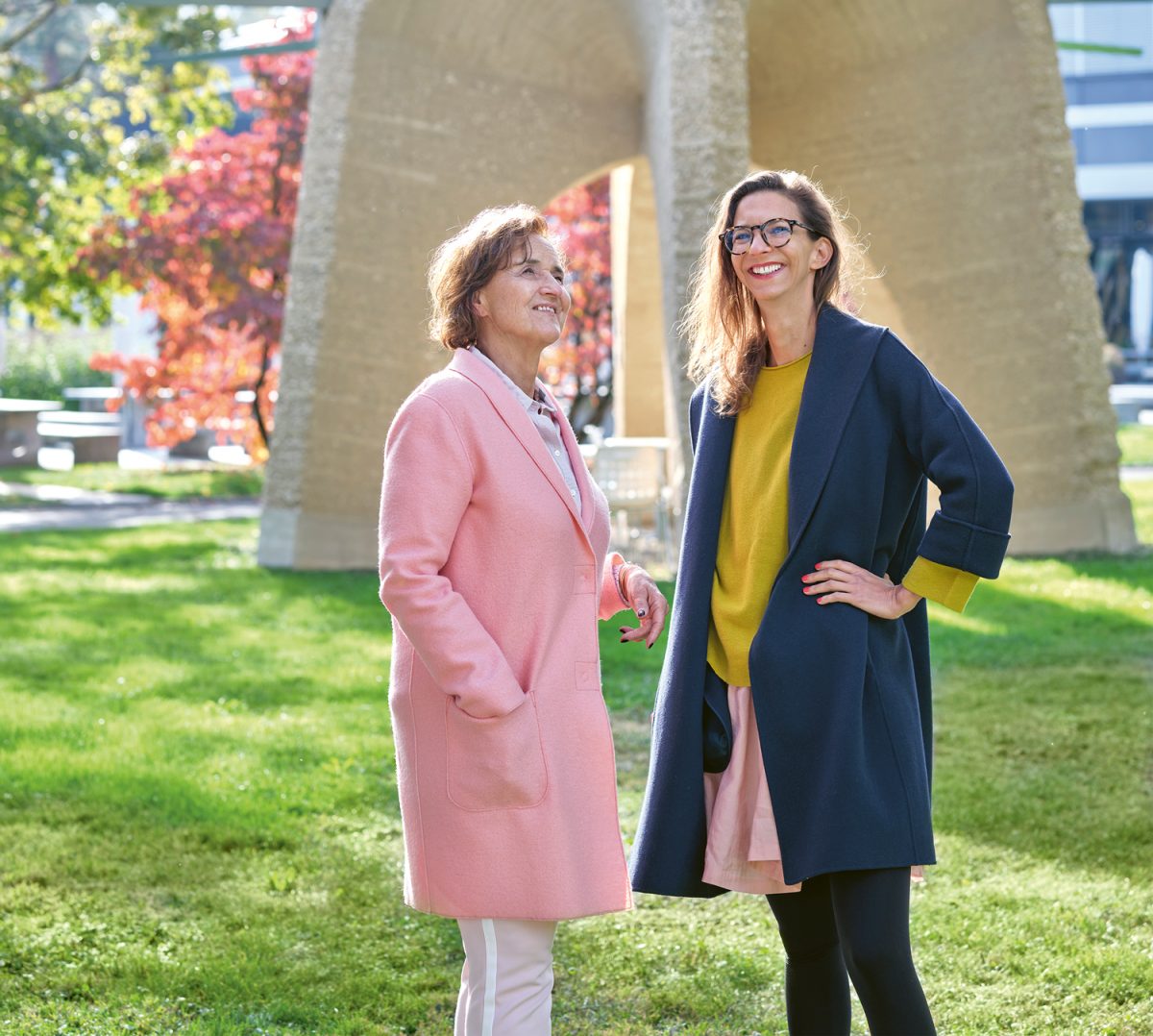 Connected to ETH over three generations