More than half of the world’s population already lives in towns and cities, and the trend is rising. One of the biggest challenges posed by increasing urbanisation is the efficient organisation of transport. How can we make sure that the huge numbers of cars, bicycles, trams and buses keep moving? How can traffic jams be avoided? What is the impact of roadworks – and what about when self-driving cars are added to the equation in the future? Good transport planning helps to protect the environment and avoid stress, as well as saving time and money. And last but not least, it makes it safer to be on the road.

Lukas Ambühl, who has a doctorate in civil engineering from ETH Zurich and is a recent Pioneer Fellow, is convinced: artificial intelligence opens up huge opportunities here. With his Transcality project, he is developing a tool that not only digitally maps traffic movements in a town or city in real time, but also allows possible scenarios to be simulated and thus supports long-term traffic planning. “Mobility is extremely complex, as it is influenced by many different interactions and dependencies. Static models are not really up to the task,” says the budding  entrepreneur. By systematically and automatically processing data, the “digital city twin” can instantly simulate the way in which interventions in the transport system, such as building a tunnel or creating a car-free zone, will affect the rest of the city.

One step ahead with the digital twin

In developing his algorithms, Ambühl makes use of two key aspects: first, that many cities already record data on a regular basis, e.g. measuring how many vehicles pass a certain intersection within a certain period of time; and second, that there are patterns in traffic behaviour that always take the same form, e.g. traffic jams always emerge in a comparable manner – whether in Zurich, Berlin or Tokyo. What makes Transcality unique is that it is a modular tool that collates data from different sources and can thus be applied to cities of any size.

The demand for such a tool is demonstrated by the fact that Lukas Ambühl is already running two pilot projects: in a large Swiss city, he is investigating the traffic-related impact of the reconstruction of a long section of motorway. And in London he is helping the city authorities to analyse why congestion has increased compared to the time before Covid, despite there being fewer cars on the roads. With the aid of Transcality simulations, hypotheses can be tested and conclusions drawn for future transport planning.

It means a lot to Ambühl that he can already use and test his tool in practice during development. After all, it is precisely this practical relevance that motivates him in his work: “I want to actively shape the environment and solve problems.” Not only does he benefit from the extensive theoretical knowledge he built up during his dissertation at the Institute for Transport Planning and Systems, but also from the large international network of partners from industry and administration.

There were two particular aspects that encouraged Ambühl to venture into young entrepreneurship: on the one hand, he breathed the air of Silicon Valley during an exchange semester in nearby Berkeley, and was very taken with the relaxed attitude towards start-ups and possible “failures”. On the other hand, his success in the tough selection process for the Pioneer Fellowship, and in convincing the jury of the potential of Transcality, has provided him with confirmation that he is on the right track. “The funding is one aspect, and the individual coaching is also extremely valuable – but what means the most to me is the trust placed in me and my project.”

More about the Pioneer Fellowship programme 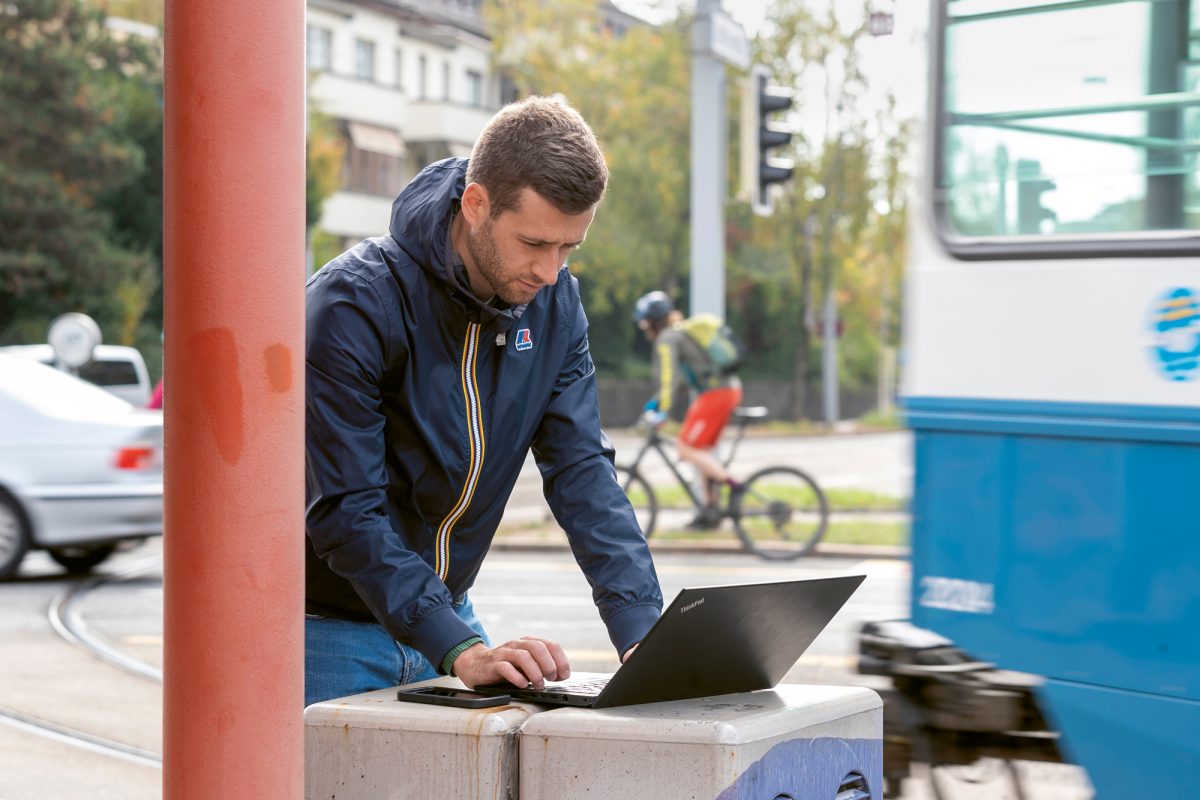